Skip to content
April 27, 2019
Abstract According to the China Nonferrous Metals Industry Association (the "Association") statistics, from January to May this year, the main non-ferrous metal product output, China's export volume both declined, while non-ferrous metals enterprises the main business income and corporate profits double. ..

According to statistics from the China Nonferrous Metals Industry Association (hereinafter referred to as the "Association"), the output and export volume of China's major non-ferrous metal products declined from January to May this year. At the same time, the main business income and corporate profits of non-ferrous metals companies both fell. Moreover, both the number of loss-making enterprises and the amount of corporate losses have increased. As a result, the dilemma facing the non-ferrous industry has fully emerged.

According to the statistics of the Association, from January to May this year, the growth rate of the main business income of non-ferrous metal industrial enterprises above designated size continued to decline, especially the decline in profits, and the decline was larger than that in January-April.

Insufficient internal motivation in the industry is the main cause

â€œThe reason for the decline in profits of non-ferrous metal industrial enterprises is that the prices of non-ferrous metals in domestic and foreign markets have declined, while the prices of electricity, energy and raw materials have risen significantly and the expenses such as interest expenses have increased significantly.â€ Wang Huajun, director of the Information Department of the Association, analyzed.

This can be confirmed by the association's statistics. From January to May this year, the business cost of the above-scale non-ferrous metal industrial enterprises was 1,387.62 billion yuan, a year-on-year increase of 13.4%, which was 1.7 percentage points higher than the increase in the income from the main business.

Wang Huajun said that further, the decline in profits of non-ferrous metal enterprises is an inevitable manifestation of the above structural problems when market demand is insufficient.

He said that the profits of non-ferrous metal enterprises have declined, especially the fundamental reasons for the losses of electrolytic aluminum enterprises: first, overcapacity, second, the low proportion of self-owned mining materials and self-sufficient energy owned by enterprises, and third, they have competitive advantages in the world market. Low value-added products.

He said that after we have paid a heavy amount of resources, energy and environmental costs, we can only get a small piece of "cake." During the â€œEleventh Five-Year Planâ€ period, although the investment in China's non-ferrous metals industry grew at an average annual rate of 32.7%, the main business income increased by 29.4%, but the profit growth was only 18.2%, much lower than investment growth.

In addition, China's non-ferrous metals industry faces many problems, such as: adjustment of industrial structure, arduous task of eliminating backward production capacity; resource, energy and environment constraints on the development of non-ferrous metal industry; a large number of economic stimulus policies issued by various countries Liquidity, policy adjustments to stimulate economic recovery may also cause price shocks in non-ferrous metals to intensify; excess base metals in foreign markets have flowed into the domestic market, causing a significant increase in domestic copper, aluminum and other basic metal inventories, and further pressure on demand for non-ferrous metals. Big and so on.

The future must start from four aspects

To this end, Chen Quanxun emphasized that during the "Twelfth Five-Year Plan" period, while maintaining the existing advanced smelting technology, it should focus on solving the problems existing in the current industry, and should focus on four areas, namely, resource control, market influence, Technical guidance and cultural appeal.

It is reported that resource control refers to the possession and control of both international and domestic resources. It must be grasped from the source, not only to meet current needs, but also to ensure the requirements of sustainable development; market influence refers to supply and demand in the international market. Relationships, especially prices, have significant and even decisive influences; technical guidance means not only a large number of technologies that have reached the international frontier, but also the ability to surpass the leading technologies of other countries; cultural appeal means that enterprises must not only It is effective, but also has a good social image, a harmonious cultural atmosphere, and a harmonious humanistic spirit.

From the perspective of the international environment, the international financial crisis has far-reaching effects, and the world economic structure is undergoing profound and complex changes. Various forms of trade protectionism have risen, and competition around markets, resources, and energy has become more intense. At the same time, domestic industrialization, urbanization, informationization, marketization, and internationalization are in-depth development, and the market demand potential is huge. The interweaving of various factors has created an extremely uncertain external environment for the sustainable development of China's non-ferrous metal industry.

The MGO Roofing Sheets could be processed by saw, nails, drilling, Installed simple and quickly, save material cost and labor cost.

The MgO roofing sheets can be made in different sizes according to customer`s requirement. 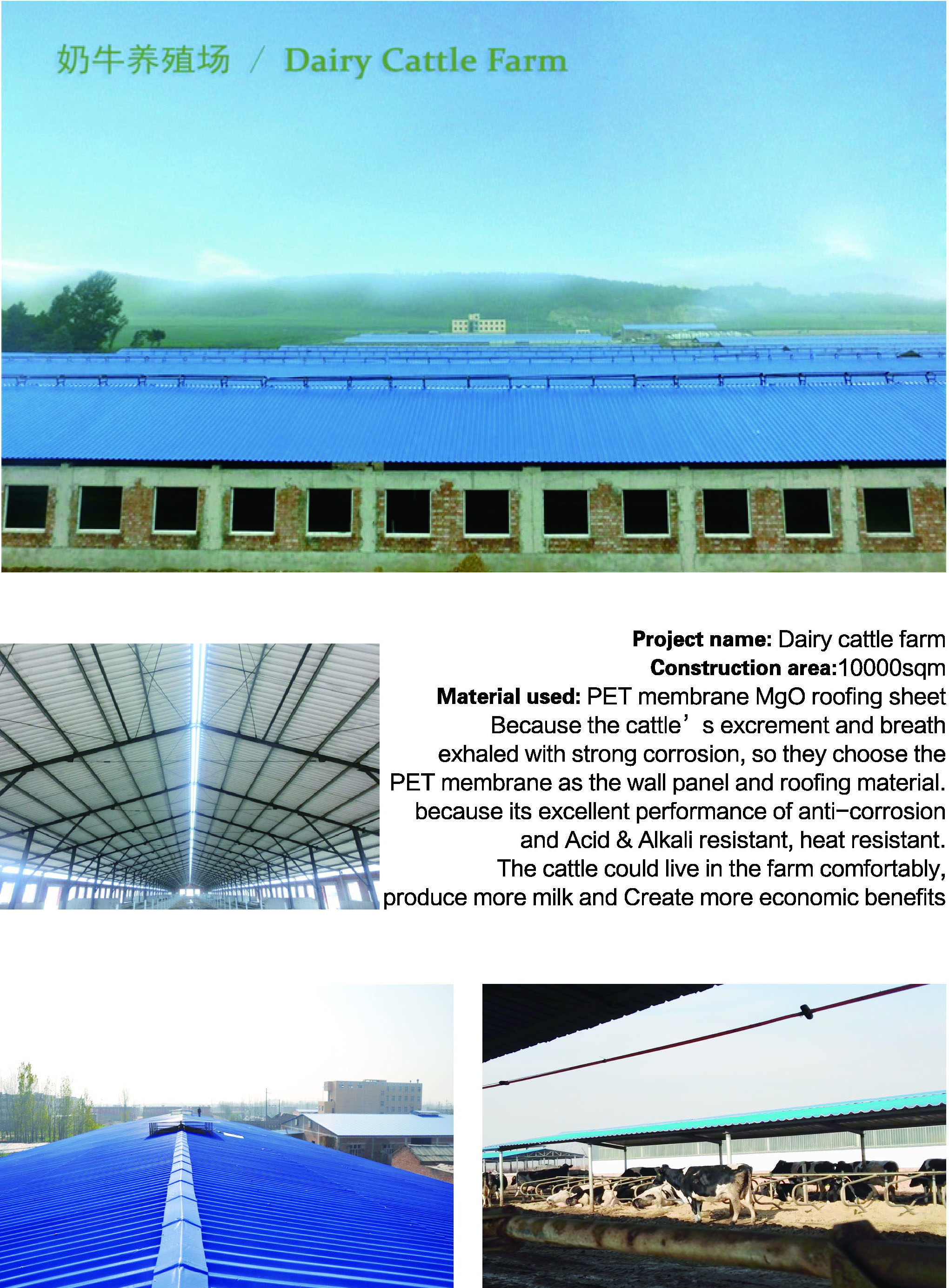 Drill the screws with electric drill in appropriate tightness; stop the electric drill once rubber gasket touch tile arch. If not, the rubber gasket will be distorted or damaged and its seal function will be affected. If rain water enters into drill holes, which will lead to tiles fracturing, and shorten its service life.

The hypotenuse should depend on roof tiles joint parts, which is preferred to be 200mm, not less than 150mm, and in the position of stringers.